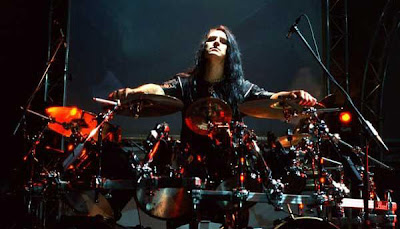 PARADISE LOST has a new drummer, this time it’s a Swede. Adrian Erlandsson (CRADLE OF FILTH, HAUNTED, AT THE GATES) is the man who will replace Jeff Singer. His first gig with the band will be on April 10th at the Inferno festival in Norway.

PARADISE LOST are currently recording their new album in Örebro, Sweden. The release date is set to september.